August 03, 2019
Didn't post anything for a whileas I was far too busy with other stuff. My spring was quite hectic in Work (had 7 business trips since beginning of April) and I was organizing the miniature side of Ropecon 2019. Both went well, but didn't really have the push to write anything here.

Well as I was organizing the Ropecon, it allowed me to also organize some events that I have wanted to have there. Most important was Armies on Parade competition. As I decided it was best to run as a public vote, I also got to participate myself. I made a (smallish) display board for my shadow elves and also finished them to full 8 points Saga force (actually I'm still missing a wizard from that, but well close to it).

I'll write more about how I made the board, but this is about the miniatures.

The first pics are also from the first game I had with them. I introduced my friend to Saga age of Magic and to the second edition of Saga and he used my Undead force. So it was quite a nice chance for pics as I had two of my own forces on my own table. The pics are only from the deployment though. 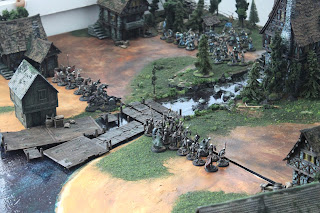 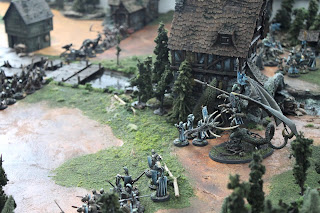 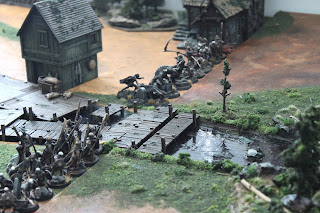 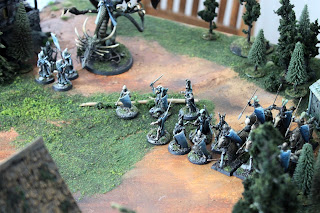 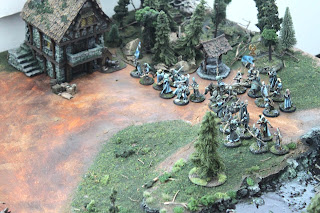 Then I had some mock up scenes to show the new stuff: 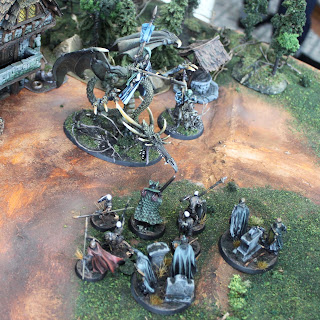 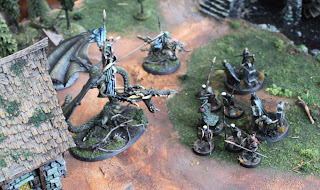 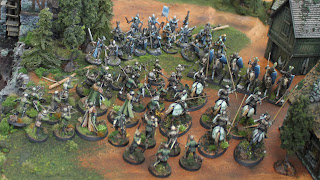 Finally some pics of the new models.

The old forest dragon is a model I have always loved. I used to own one, but sold it. Actually this was my fourth "S dragon" and the first I actually finished. Went in with naturalistic look with lots of glazes. Tested out also the new contrast paints a bit. Nice paints, but nothing special when I have worked with acrylic inks for a long time. I swapped the body and head from the rider for a high elf hero bit I had lying around, made it bit more militaristic with the armour. I maybe should still add a lance pennant for the model. 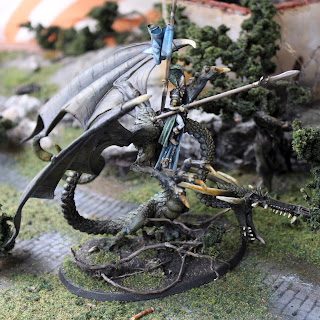 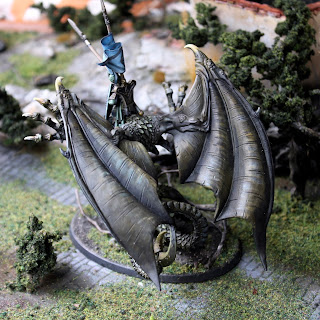 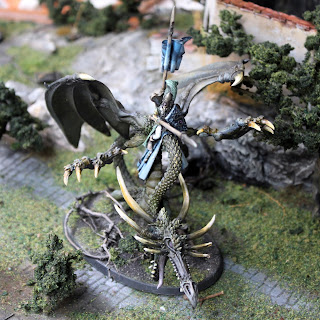 Then my Paladin. He's an old school dark rider (that I really like), with a spear tip swapped with one from the island of blood, on top of a Gamezone Pegasus without wings. He was supposed to have those wings, but they were so horrible I decided to leave them out. The rider doesn't really support the charging stance of the horse, but maybe it's just galloping really hard. This guy also should have a shield, I forgot to do it. 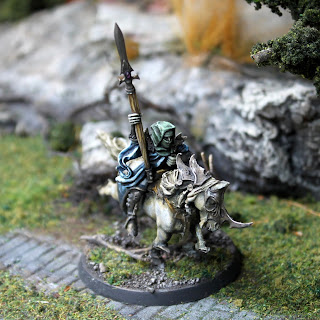 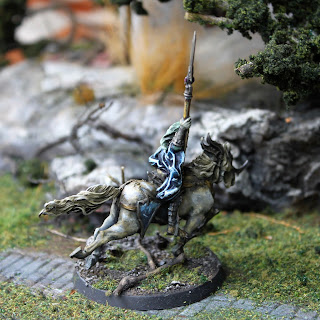 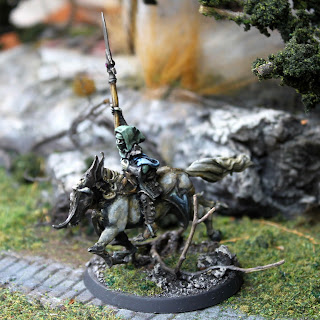 Then some filling of ranks. From left to right the models are:
Standard Oathmark model straight from the box, as I wanted to one
Eternal guard with a crossbow from old Dark elf kit
Oathmark body, eternal guard head and crossbow from dark elves, I don't like this model at all
Eternal guard with oathmark bow hands, this one I like quite a bit
Oathmark elf with zweihander from the Perry foot knights box, it has a nice Highlander feel
and finally a second model I don't like, eternal gaurd with oathmark hands, GW 4th ed spearelf shield and a (broken) dark rider crossbow at the back. Actually better without it. 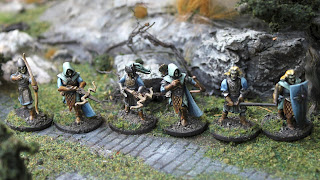 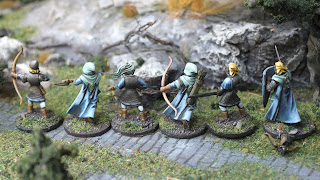 And finally some knights that I kitbashed from the magnificient (really, some of the best miniatures I own) V&V Byzantine cavalry with Oathmark shields, feather plumes and speartips on steel rod spears. Byzantine armour has really elven feel. I originally was going to change the helmets for more pointy ones, but they were already quite pointy from the box, so decided to just add the feathers and I have to say I'm quite happy with the result. 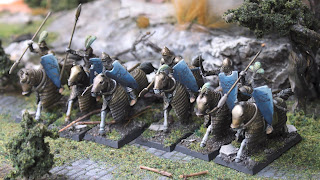 Popular posts from this blog

Expansions for my Shadow elves 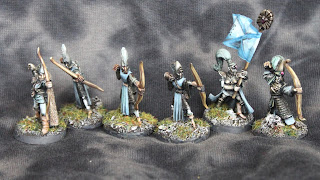 I painted the first five models as test pieces for a new force to the Fang painting competition in the beginning of the year. Now after I got some tournament work done, it was time to expand that force. I have been collecting all sorts of elves in past year or so and it's really fun to finally get to work with them. It's fun how a coherent theme ties in the different models together. I let the photos do the talking:

Some archers, three old grenadier elves, the Maidenguard standard bearer, an old wood elf archer with bow swapped with one from the Oathmark kit and an old chariot crewman. The banner isn't exactly a masterpiece, but does its part.
These guys have featured here before. They got a musician to fill their ranks with the sword swap in to a more reasonbly sized one from the oathmark kit.
From left to right, a Grenadier hero, Eternal guard with the spear tips changed to a spare axe head, plastic spear elf with arms and head from Oathmark kit, the Phoenix guard comm…
Read more

First try of the Warlords of the Erehwon 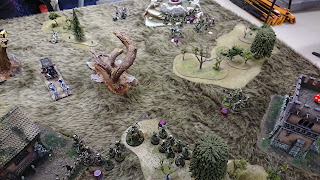 Warlord games released recently the fantasy version of one of my favourite games Beyond the Gates of Antares. I was bit sceptic in the beginning how the system will work with mainly close combat oriented armies as the system is based on shooting and the close combat is very bloody. Well after acquiring the book I got little bit less afraid as the rules had been slightly tweaked and there really isn't so much shooting. Although quite many units get some sort of shooting, like throwing rocks etc. which is nice. Also the rules still using 'pins' and 'down' terms are bit off in a sword and sorcery setting, but it doesn't matter too much.

The rules system is based on the Bolt action mechanisms. I haven't ever played BA, but the system of random activation through drawing order dice combined with pins and command checks makes the system really fun to play and keeps it interesting. I have plenty of existing armies that are suitable for the game so it was just a ma…
Read more